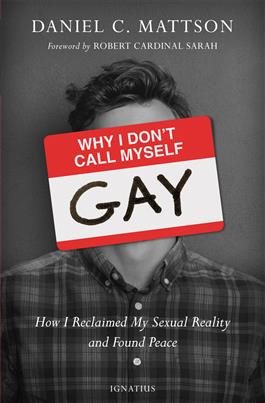 called, “Why I don’t call myself gay.”  Part memoir, part social commentary, part theological commentary, “Why I don’t call myself gay” is a great counter-weight to the numerous people in society, including sadly, many in the church, who tell young people to “come out.” The whole society tells young people that best way to deal with feelings of sexual attraction to the same sex is to “admit it: you’re gay.”

Dan shows that people who experience same sex attraction have other options. You need not declare yourself “gay,” live a sexually active life, and endorse the entire political agenda served up by the Gay wing of the Sexual Revolution. 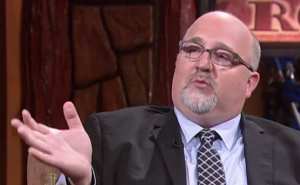 sins. (I don’t want to mention either his name, or the name of his book.) I know many of my friends will want to express their disgust with this man, and disagreement with his views. May I make a respectful suggestion? Every time you mention the heresy, or the heretic, please mention this Dan Mattson, and “Why I don’t call myself gay.”

Catholic and Christian public intellectuals who toe the Sexual Revolutionary Party Line will get plenty of attention from the Main Stream Media. Dan Mattson will only get noticed if we notice him. Please give Dan Mattson more time at the microphone and heretical Jesuits less. Dan’s our guy. Let’s root for him. Let’s ignore the other guys whenever we decently do so.

And get the book.

If you have young people in your life who are telling you that they think they are “gay,” get this book for them. Read it together with them.

IN the meantime, read this story about Dan’s book, by my friend Doug Mainwaring.