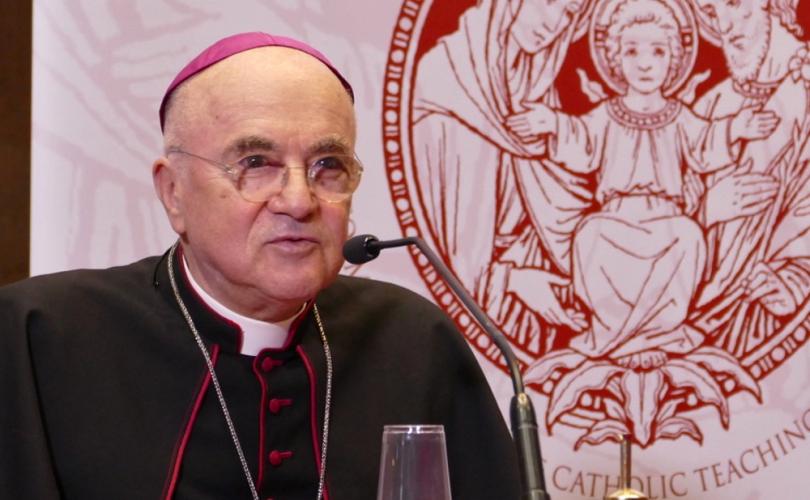 A lot of people are upset about Pope Francis. Some have called on him to resign. Some have gone so far as to make the outrageous claim he is not really the pope.

Although I don’t agree with some of his actions, I will not be calling on him to resign, nor claiming he is not really pope. However, that does not mean that I plan to sit around doing nothing about our current troubles in the Church. I am making some serious demands on myself in this matter. I encourage you to do the same. Let me explain.

I agree with much of what Michael Brendan Dougherty says when he makes “The Case Against Pope Francis.” The Vatican’s agreement with the People’s Republic of China betrays the Church there. His communications are often so confused they cannot be called “teaching.”

According to Church teaching, the charism of papal infallibility does not apply to the situations I just named. A pope can certainly err in foreign policy, personnel appointments and off-the-cuff airplane interviews.

But I don’t have the authority or the desire to remove him, call for him to resign or declare him an anti-pope. And with a negligible number of exceptions, neither do you, dear reader.

Even Archbishop Carlo Viganò, whom I greatly respect, seems to have backed off from his initial call on Pope Francis to resign. (He has not mentioned it since his very first “testimony.”)

And authority is important. In my opinion, the modern crisis, of which the clergy sex-abuse crisis is one instance, is a crisis of authority. Modern man claims to not believe in authority. He is constantly told there is no objective truth. All authority structures allegedly provide “cover” for the exercise of raw power. The thin veneer of legality is so much opiate for the masses.

By contrast, we as Catholics actually believe in authority. We believe we can judge the legitimacy of authority by objective criteria, not just raw power. In fact, a bit of reflection shows that “the law of the strongest” is the end point of the major ideologies of our time.

Nazis said the nation could do no wrong. Communists said the party was always right. And the modern sexual revolution endorses all sexual exercises of the will as long as you use “protection” every time and as long as all parties consent.

We’ve seen how “consent” morphs into nothing more than a fig leaf for the law of the strongest.

Which brings me to the practical demands I place upon myself and which, dear reader, I commend to you. I don’t have the authority to correct the Pope, or my bishop or even my parish priest. I do have the authority and the duty to defend the deposit of faith, as does every baptized Catholic.

Besides, we as laity don’t have the power to “make” the clergy, much less the pope, do what we want. We can complain all day long. But at the end of the day, where will we be? We’ll be another day older, angrier and more frustrated.

Angry people don’t attract people to the Gospel of Jesus Christ, which actually is our responsibility.

We have to admit that not all the problems in the Church today are the fault of the clergy. Enemies of the faith have colonized many of our Catholic institutions, including our parish schools, diocesan high schools, Catholic universities, publishing houses and hospitals. This is not entirely the fault of the clergy. Many schools, for instance, have become what the parents, students and faculty demand.

What can you do? Our Lord put each of us into a particular time and place to be salt and light. There are people in your life who will not hear the Gospel or see it in action without your witness. My organization, the Ruth Institute, is slightly nerdy. Not everyone is: I get that. But we place our “Nerd Gifts” at the service of the Church. I challenge you to place your vocational gifts and talents at the service of reforming the Church.

You have every right and responsibility to be involved in the governance of your parish school. Get a handful of people together and present your case for change. Run for the relevant offices. Volunteer for significant positions.

Does your parish choir sing theologically questionable hymns? If you are in the choir, you can do something about it.

What about the Catholic university you attended? Form an alternative alumni association. Pick one program or person that needs to change or go. Don’t let up until you have succeeded.

In my new book, The Sexual State, I noted:

We’re the social workers, teachers, school principals, college professors, and admin­istrators. We’re the judges, lawyers, editorial writers, radio producers, and video game makers. We decide what stories count as news and what stories to spike, what headlines to write and what photos will accompany those headlines. … We’re the doctors, nurses and pharmacists. … We decide what reading material will be in the doctor’s office waiting room and what the school play will be.

I have noticed, from living in the South, a person can make a nuisance of themselves and get things done without doing anything illegal, immoral or even impolite. You just have to be sure of yourself and not give up.

This is why we can’t go around yelling at the Pope. That is the path of trying to control others, which is, in the end, a fool’s errand. I can’t make him resign or change. Neither can you. But we can change the environment within which he and the rest of the clergy are operating.

Let’s get a grip on what we can control. If all of us, if even 10% of us, truly did everything that was within our power and authority to do, the hierarchy couldn’t get away with what they’ve been getting away with. They couldn’t bamboozle us with fluffy teachings. They couldn’t exile innocent pastors or cover for predators. We would be watching.

Our responsibility is to hand on the deposit of faith to the next generation, as it was handed on to us. The corruption we are seeing in our clergy and in our institutions did not happen overnight. We are about 50 years behind in dealing with these issues. We don’t have time to spin our wheels and wring our hands over things we can’t control.

That is why I will not ask the Pope to resign. It’s not my job. And I have something else to do — carry out my unique mission that, literally, no one else can do. You’ve got one, too. Let’s go do it — together.