Recently, I noticed my friend Leila Miller repeating online that she does not insist that people remain living with an abusive spouse. My inclination was to say, “Stop! You don’t need to say it 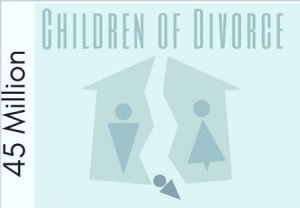 Around the same time, I noticed that I was about to repeat myself on a seemingly unrelated topic. I started thinking, “What exactly is going on here?” My answer: We are dealing with weaponized self-pity, not a good-faith question.

Miller is the author of Primal Loss: The Now-Adult Children of Divorce Speak.  She gives voice to the adult children whose lives were disrupted by their parents’ divorces. This is the context in which people continually challenge her about abusive marriages. “Why,” Miller asks herself in frustration, “do I have to keep assuring people that no one is required to remain living in abusive situations?”

I’ve had this experience myself. Like Miller, I point out how difficult divorce can be for children. Our focus is on the children, their lifelong suffering and what we can do about it, as individuals and as a society.

The children of divorce, even as adults, have become accustomed to being silenced. As children, they were expected to go along with whatever the adults decided to do. Their parents’ love often seems uncertain and fragile. Challenging the parents’ interpretation of events risks that love.

Even as adults and even outside their families, children of divorce often hesitate to speak up. When they state that divorce was hard for them, people regularly shut them down. In fact, some children of divorce sardonically take bets among themselves in online discussions. “When we talk about how hard divorce was for us, how long will it be before someone says, ‘But what about abusive marriages?’ Counting down, 3-2-1 …”

Do you see that bringing up abusive marriages in this context is changing the subject? The subject is the child and the impact divorce had on him or her. Whether the marriage was abusive or the divorce was justified: These are subjects for another time.

The children of divorce deserve to have at least a few minutes where their experience is the primary subject. “What about abuse?” shuts down the child and his or her perspective.

It is true, however, that sometimes people bring up the question of abuse as a justification for divorce in good faith. Perhaps those asking the question want to know what public policy should be on the issue. Or maybe they want to know how to think about an abuse situation they’ve encountered in which divorce otherwise may not be an option.

I’ve noticed that the person asking a good-faith question is generally satisfied with a good-faith answer. “No, in a truly abusive situation, a woman may have a responsibility to herself and her children to create physical separation between herself and her husband. That may ultimately include civil divorce.”

But some people are not satisfied with such an answer — or with any answer, really. In such cases, the woman (and it is almost always a woman) will desperately recount the abuse. She will urgently tell me more than I wanted to know. She ratchets up her description of the horrors of her marriage, although it doesn’t usually come to physical danger. The final blow is: “You don’t understand! How dare you judge me?!”

I also have another sort of experience of women telling me about their abusive husbands: Often times the husband is a sex addict committing multiple infidelities, violent to the point of throwing furniture through walls, or the spouses’ daughters feel creeped out by their fathers’ pornography addictions. These women don’t need my assurance on the right or prudent thing to do, although I gladly give it.

These same women don’t flip out when I say, “Divorce is hard on children.” They already know that. That is why they worked so hard to preserve the marriage. But, given the circumstances, they are at peace with themselves and their decision.

What is the difference between these two types of responses — the one irrational and angry, the other calm and reflective?

My working assumption is that the first group has unfinished business with their divorce. Maybe they are not really sure it was abusive. Maybe they had a new boyfriend waiting in the wings, whose significance they diminish by shouting, “Abuse!”

Somehow, in some way, their conscience is bothering them. They don’t want to believe they inflicted unnecessary pain on their children. No matter how many times Leila Miller or I assure them that abused spouses can remove themselves, they can’t hear it.

Honestly, I don’t care how they treat me. I bet Miller doesn’t either. What bothers me is that these parents cannot hear what their children want to say to them, need to say to them and have every right to say to them.

These parents have grown deaf to their children by feeling sorry for themselves and by not thinking about the impact of their behavior on others — especially their children. They weaponize self-pity, using it as both a shield and a projectile. Argue with them and you will get blasted with the sad story of their lives.

Divorced parents, if your adult children are trying to talk to you about a long-ago divorce, I’m begging you: Set self-pity aside. Whatever problems you may have in your lives, self-pity will not help you solve them. You will be happier without it. And you will be more available to listen to your children, who may really need you.

The weaponizing of self-pity is on high display in another arena of recent public discourse when priests come out as “gay” and tell a sad story about life “in the closet.” Part 2 will discuss that in greater detail.