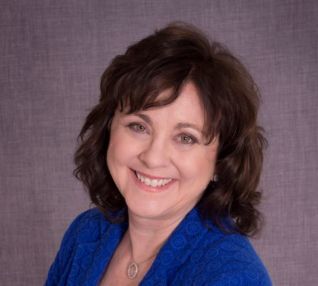 This is the text from my Week 3: Day 2 Daily Chat series recorded on May 13, “Sex without Parenthood.” The utopian fantasy of sex without parental responsibilities.

I’ve been talking with you about the formula for accumulating power. The rulers promise utopia. The people hand over lots of power to their rulers, in exchange for the promise of Heaven on Earth. The promise sounds appealing, but it is actually impossible. So, the rulers need to use lots of propaganda to keep the dream alive. When things go wrong and the magic kingdom never arrives, the rulers have to have someone to blame. So, the utopian dream creates the need for scapegoats.

I’ve been talking about all this in pretty general terms. Today, I’m going to tip my hand and tell you how I figured this stuff out. Sex.

You see, there is a lot of utopian thinking about sex in our modern society. And those utopian dreams require a lot of power to implement. And the problems the failed fantasies cause creates the need for scapegoats. And holding the whole sexual dreamscape together requires a lot of propaganda.

We have all sorts of fantasies that so-called primitive people would never allow themselves to indulge in. In fact, some of the so-called backward people in the world today, think we have lost our minds. I’m inclined to agree with them.

Let me give you an example of a sexual utopia that has been taunting our imaginations for a long while. This is the dream that everyone is entitled to have as much sex as they want without ever having the responsibilities of parenthood.

Sounds like a lot of fun, doesn’t it? This is every playboy’s wet dream since time immemorial. In our day, we have augmented the low-minded motivation by lust with a high-minded appeal to a more noble-sounding motive. Disconnecting sex from babies will level the playing field between men and women in the job market and in higher education. Feminists, environmentalists and population controllers have all embraced that goal.

But just because it sounds good doesn’t mean it is possible. And even if it you thought sex without parenthood was possible, other problems might come up that you didn’t think of at first.

So, how can make this work? How could you convince normal healthy people of child-bearing age that they are entitled to sex without parental responsibility?

Or you could concede that sex does make babies, but babies don’t really need much care. Parental responsibility isn’t really such a big deal. If you conceive a child, you don’t need to worry about that child needing care specifically from you and their other, opposite-sex parent. You can take care of the baby with someone else, other than their other parent. Or your mom and dad can take care of the baby. In a pinch, you can just kill the baby.

I’m going to say more about these different approaches in future chats. I’ll just say one thing now. Kids who are not raised by their own parents, married to each other, are at risk for being groomed by sexual predators. Like Jeffrey Epstein. Who did not kill himself.

Regarding my claim that Jeffrey Epstein groomed kids from broken homes, The Miami Herald’s investigative report into Epstein’s activities showed:

Most of the girls came from disadvantaged families, single-parent homes or foster care. Some had experienced troubles that belied their ages: They had parents and friends who committed suicide; mothers abused by husbands and boyfriends; fathers who molested and beat them. One girl had watched her stepfather strangle her 8-year-old stepbrother.” from my article, https://drjs.blog/…/what-do-jeffrey-epstein-harvey…/