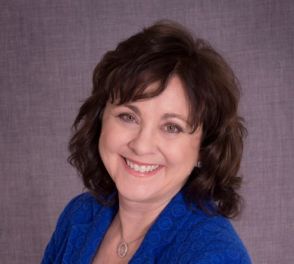 Countering our tired clichés about race

As I watch my own country tear itself apart over race, I keep thinking about my trip to Uganda. The people I met in Uganda have a sense of the sacred, which we have largely lost in the West. We have almost convinced ourselves that only the material world is real. If we cannot touch it or measure it, it doesn’t exist.

Yet, in our cultural past, we too once had a sense of the sacred. The Greeks had it. The Romans had it. The great civilizations of Asia had it. In fact, I cannot think of any civilization that has tried to completely wipe out the idea that there is something larger than man and the material world.

Here is a story of something that happened while my son and I were in Uganda. I gave my talk to the 5,000 young people at the Ugandan National Catholic Youth Conference. I told them that the Ancient Christian teachings on marriage, family and human sexuality are more correct than the “modern” nonsense that the United Nations is trying to foist on them.

During the question period, I got several questions about pornography. I told them simply, “You really can’t be doing that. Pornography is a huge problem in the US. It is destroying people’s lives.” We went on with the day’s activities, which included a huge festive outdoor Mass. My son and I went back to our hotel to rest, while the young people had time for recreation and for confessions.

One of the priests was supposed to pick us for dinner in the early evening. He didn’t come. We couldn’t get through to him by phone or text because, well, communications are not very reliable over there. Finally, Fr. Benedict picked us up around 8:30 and apologized, “I’m so sorry. I was hearing confessions until after 8 PM!” I thought no more about it.

The next afternoon, I was introduced to one of the bishops who had come to participate in the Youth conference. He said, “I heard you gave a great talk yesterday. I heard that no one went to Holy Communion afterwards.” I said, “What?” He said, “You told them something that made them not want to go to communion until they went to confession. It looks like they came to Communion today!”

I put two and two together: my brief mention that pornography is wrong was all these kids needed to hear. They knew they should not present themselves for Communion. They didn’t need me to scold them about it. They knew.

That sense of the sacred is common among the people I met Uganda. The human body is sacred. Every life is sacred. The reproductive power is sacred. Here in the US, we have created a multi-billion-dollar pornography industry that we are shamelessly exporting across the world. That is the real cultural colonialism, which none of our Western self-proclaimed radical champions of the poor and downtrodden care to discuss. The real imperialism is our relentless promotion of the sexual revolution to people who don’t want it.

Just another little something to shake us out of our tired clichés about race.

I told this story in my Ugandan Martyrs talk, around the 45-minute mark.