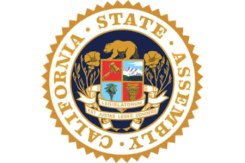 “We are grateful that the California legislature has tabled this bill. Not only would a ban on counseling violate the constitutional rights of Californians, it would have been bad policy to limit individuals from obtaining services that they would find beneficial to their own lives,” Schube said in a statement to The Christian Post on Friday.

Schube explained that the justice also identifies “doctors and nurses who disagree on the prevailing opinions on assisted suicide or medical marijuana as examples of good faith disagreements. So too are lawyers and marriage counselors who disagree on prenuptial agreements and divorces, and bankers and accountants who disagree on how to commit money to savings or tax reform.”

“One would have to conclude that Justice Thomas’ intent is to protect all professionals from being regulated on matters of good faith disagreement,” he said.

Not only are the pregnancy centers guaranteed their free speech rights, this high court opinion “has created broad protections for a significant number of Americans who hold professional licenses.”

“In doing so, the Court also reopened the seemingly settled question as to whether SOCE bans are constitutional. This is a welcome surprise from a case originally thought to be limited only to pregnancy centers,” Schube concluded.

The next thing we know, the CA lawmakers are scrambling around, to see if this bill will be overturned.

No doubt the thousands of calls and emails to Sacramento played a huge role, as did the thousands of prayers! But we are proud that Schube’s analysis, originally published at the Ruth Institute, played a part in this important victory.

Thank you all, for your support!