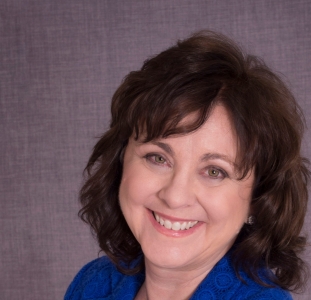 I just made a short video, posted on the Ruth Institute Facebook page on April 28. Here is the text.

Our reaction to the new virus makes one thing truly clear: there is such a thing as truth that exists outside our personal beliefs and desires. And we all know it.

We don’t have time for pseudo-sophisticated intellectuals who try to convince us that there is no truth, only “truth” in scare quotes. You know the sort of philosophy I mean. Truth is nothing but a socially constructed myth. You shouldn’t trust anyone who claims to know the truth. That person is just out to control you.

This philosophy of non-truth goes by a number of names. Moral relativism. Proportionalism. Critical studies, including critical legal studies and critical gender studies. Consequentialism. And probably some others I don’t know about.

There is “your truth” and “my truth” and possibly “our truth.” But truth without modifiers? Nope. No self-respecting modern person believes that.

Until now. Our experience with the Wuhan Virus is showing us that the opposite is closer to the truth. (There is that “t-word” word, again.) Today, we all want to know the full truth about the virus and the best way to combat it. We don’t want to die, and we don’t want to see our friends and neighbors die.

By saying truth exists, I am not claiming that I personally know what it is. All I claim is that the truth is real and can be discovered. In fact, I plan not to share my opinions about the Wuhan virus, which are no better than anyone else’s. My internet search is no match for the lifetime of study and experience that our technical professionals possess. (For the record, I am following all directives of lawfully constituted authorities, both civil and ecclesial.)

It is sometimes said that there are no atheists in foxholes. Soldiers in dire situations instinctively cry out in prayer. Likewise, there are no moral relativists in an emergency room. Absolutely everyone in the emergency room believes in truth with a capital “T.” The doctors, the nurses, the orderlies, the cop who brought the shot-up guy into the ER, the guy’s friends and the patient himself: all of them believe there is a truth of things. They are all desperate to discover what it is.

In case there was ever any doubt, the Wuhan virus is convincing us of this: the closer we come to knowing the truth, the better off we will all be. Honest mistakes cost lives and livelihoods. Deliberate falsehoods are unforgivable. Those who would intentionally evade, distort, or hide the truth are not sophisticated armchair philosophers. They are a menace to society.

Perhaps I’m being reckless in making a prediction. But I will go out on a limb with this forecast. The experience of the Wuhan virus will inoculate us against the poisonous belief that truth doesn’t exist.

We now know, deep in our bones, that the truth is real, and that we need it.

The evidence is right in front of us. It never made any sense to try to build a whole society around the idea that truth is an illusion. It is time to toss moral relativism on the dustbin of history where it belongs.

But what about all the specialized areas of knowledge? Doesn’t the complexity of modern scientific life complicate all this talk about truth?

Yes, and No. I’ll explain next time.

And speaking of truth, Jeffrey Epstein didn’t kill himself.