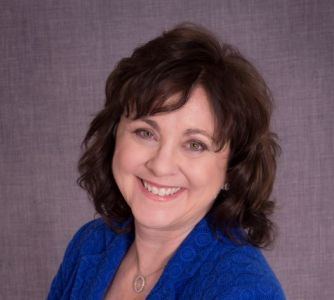 Waiting around for the Apocalypse is not an honorable option. Text of a Chat recorded on Facebook Live on June 25, 2020.

“Ideas Have Consequences.” How many times have you heard that from conservative intellectuals and professionals? Alas, this cliché is a half-truth at best, with the missing “half” being by far the more important.

The true half of the half-truth is this. Getting the ideas right is important.

When I was a young academic free market libertarian economist, I imagined I would contribute to advancing the Big Ideas of liberty. I was mentored by several think tanks that help young academics succeed in their careers. I attended many seminars and colloquia. I can honestly report: never once did I hear anyone say, “You know, we really need to start attending the Faculty Senate meetings. We should at least keep track of what our opponents are doing in our institution.”

We have no right to whine and complain about the “Left’s Long March Through the Institutions.” They marched largely unopposed. We lost a game we never even showed up to play.

Having correct, logical, empirically sound ideas is necessary, but not sufficient. If that were sufficient, we would not be where we are today. We got adults pretending they can’t tell the difference between and a real woman and a man who says he is a woman. I learned from painful experience in the marriage debates that pointing out inconsistencies and incoherencies of my opponents was not enough to win. I won lots of arguments. But my side still lost the war.

We have to stop saying, “That is so crazy, it will collapse of its own weight.” The Soviet Union did not just “collapse.” Pope St. John Paul, Ronald Reagan, and Mrs. Thatcher gave it a good shove.

Our opponents have bad ideas, but plenty of highly motivated followers. Our opponents take seriously the problems of figuring out a plan, expending the resources and taking the risks needed to implement that plan. We have lots of analysts observing the battlefield from 30,000 feet. But we have no ground game.

Sooner or later, someone has to step away from their desks, leave their offices, and do something. We social conservatives should stop trusting the guys in suits inside the Beltway. We need to trust our activist instincts.

That is why the Ruth Institute is holding its Summit for Survivors of the Sexual Revolution here in Lake Charles Louisiana in July.

We are not willing to wait for some impersonal historical process to straighten everything out in some far-distant future. Sometimes Christians say, “Oh well, we know who wins in the end!” Waiting around for the Apocalypse is not an honorable option. What are you waiting for? Come to Louisiana. Be part of the Summit for Survivors of the Sexual Revolution!